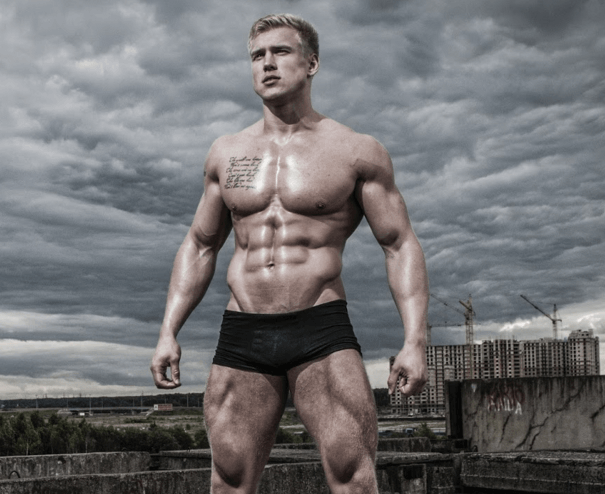 Deer antler velvet is made from the whole cartilaginous antler in a pre-calcified stage of growth in the extended deer family (deer, elk, moose and caribou.) Deer velvet antler is covered with a hairy, velvety like “skin” and its tines are rounded, because the antler has not calcified or finished developing. It has immense growth factors that cause your own growth hormones to activate at their highest potential and you benefit hugely.

It is the same natural principle that makes sprouted seeds 1,000 times more nutritious than unsprouted seeds. And why eggs are one of the most perfect foods, particularly for bodybuilding and natural sports enhancement. It is like the seed of natural animalistic strength, and has a similar effect to anabolic steroids without the harmful side effects.

Does deer antler work? Well, if it didn’t work, it wouldn’t be regulated by major sports franchises! It works very well for all strength sports like bodybuilding, UFC, wrestling, boxing, football, baseball, soccer, swimming and triathlon type competitions. It is found to give them an unfair advantage so they test for the presence of elevated IGF1 and HGH, which is what deer antler velvet elevates. 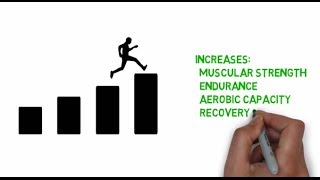 There are three levels of nutrients in velvet deer antler; The top part is the most expensive part, the velvet that increases growth hormone levels. The middle antler layer is helpful against arthritis and the inner layer which created stronger bone density and more rapid bone healing. It is very helpful for children that are experiencing stunted growth levels. 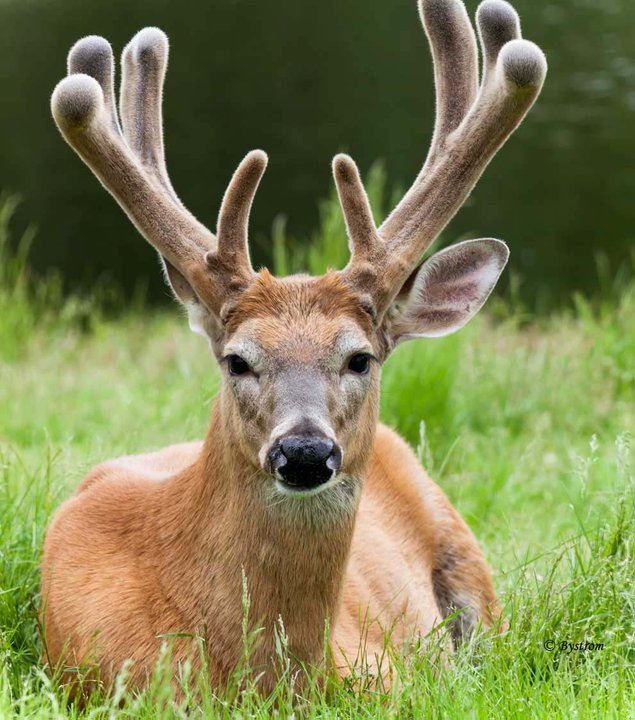 May not be recommended during pregnancy as it could lead to premature tissue growth in the infant. Do not take more than the recommended dosage on the labels as it can also lead to enlarged prostate in men. I always take Saw Palmetto Extract with deer antler velvet to make sure the excess testosterone is not converted to DHT (dihydrotestosterone) which causes male pattern baldness, increase in body hair and enlarged prostate. It is relatively safe if taken as directed. 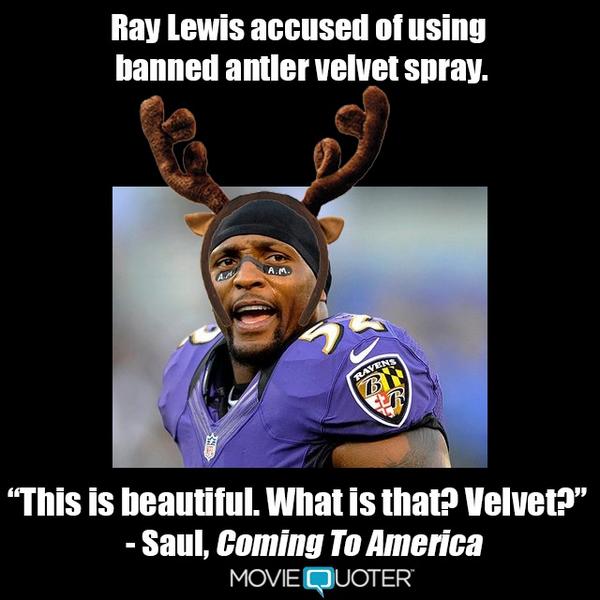 Deer antler velvet bodybuilding supplements boost your natural HGH (What is HGH?) to dramatically increase your growth hormone and testosterone levels safely and naturally. Using natural hgh releasers (or human growth hormone) release products help our bodies naturally raise testosterone and androgen levels in a safe and natural manner. What does this mean for you? It will allow you to workout longer, harder, and recover faster. You get bigger and stronger faster!

Ray Lewis, while he has not always been the best role model, was one of the first major users of deer antler velvet for bodybuilding purposes and to get that edge on the football field. And it worked like gangbusters for him. He was found to be using a banned substance at the time, but it for did work as discovered in his blood tests, it raised his natural growth hormone levels significantly, as well as his free testosterone and IGF1 levels. It just works! 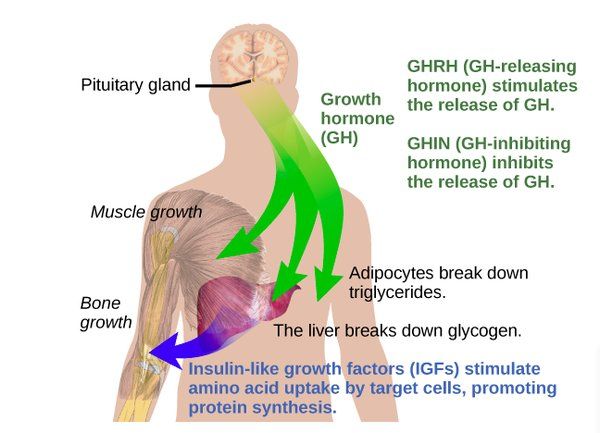 Deer Antler Velvet IGF 1 booster is a natural supplement that raises your T-Boosting IGF 1 levels naturally. IGF 1 is a natural anabolic hormone produced in your liver when there are the appropriate nutrients available. IGF1 It prevents cell death and stimulates proliferation of cells, helps you heal from injuries faster, especially to muscle tissue, joint, tendon and cartilage. It also enhances the growth cycle of every type of body cell.

It naturally boost your testosterone levels and elevates nitric oxide levels, which is important to bodybuilders looking to develop lean muscle and also for sexual organ circulation and stimulation as it causes the muscles to become saturated and easily stimulated.  It makes smaller men big in more ways than one! It comes from the antler of a deer which grows back at an extreme rate and does not hurt or injure the deer in anyway. It is so full of natural growth factors that it is called Chinese Steroids. It is really safe though, as it’s even recommended by David Wolfe and Daniel Vitalis of The Longevity Now Conference! 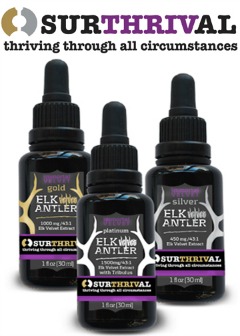 I recommend that you try Surthrival’s Premium Elk Antler because of how quick it works. I use it because I like being natural, and still being one of the strongest in the gym (leg press and heavy squats) and that takes a lot of energy. I used to be sore for 5 days, because I was doing 1,200lb leg presses and 400lb plus squats. Now I recover within 2 days, and am harder than Mike Tyson on a Baywatch scene.

I recommend that you try Elk Antler Platinum because it is a powerful deer antler velvet extract that gives real world results. I use it because I like being natural, and still being one of the strongest in the gym (leg press and heavy squats) and that takes a lot of energy. I used to be sore for 5 days, because I was doing 1,200lb leg presses and 400lb plus squats. Now I recover within 2 days, and am harder than Mike Tyson on a Baywatch scene. Click on the Deer Antler Plus banner below and be a Hard Man to Follow. 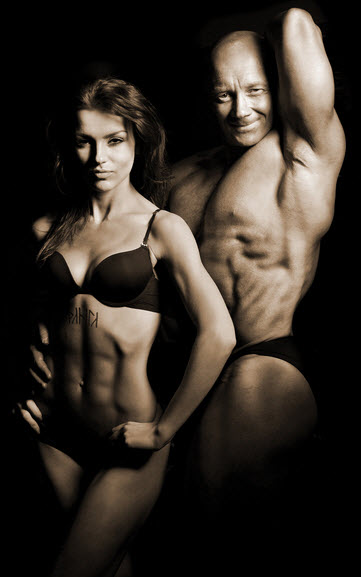 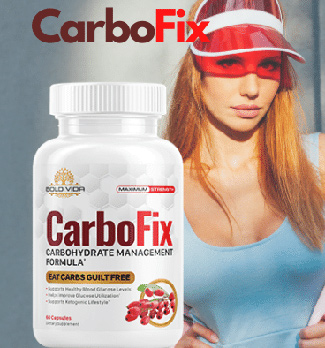 How to Get Drinkable Water Anywhere! 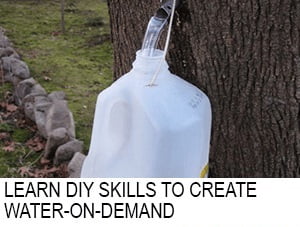 * Products and Services on this blog have not been evaluated by the Food and Drug Administration and are not intended to diagnose, treat, cure, or prevent any disease. *